Taylor Beck has been named the publisher of The Covington News, Owner Patrick Graham announced.
“Taylor is an incredibly talented young journalist,” Graham said. “He’s a newspaper guy through and through, which are becoming increasingly harder to come by these days, and I have every confidence in his ability to deliver an outstanding product for our readers, our advertisers and our community here in Covington and Newton County.”
Beck previously served as the managing editor of The Sand Mountain Reporter in Albertville, Alabama. Before becoming the managing editor there in March 2019, he was a staff writer and served as the magazine editor for the newspaper’s Land+Lake publication for two years. He was a digital content producer at WBRC Fox 6 News in Birmingham before joining The Reporter.
Beck has received numerous awards from the Alabama Press Association including the 2020 Emerging Journalist Award, as well as the 2019 Best Local Economic Coverage (third place) and 2018 Best Spot News Story (first place) awards.
“This is a tremendous opportunity for me and for my family,” Beck said. “I can’t tell you how excited I am to be a part of a community like we have in Covington and Newton County, and I look forward to working with the outstanding staff here at The Covington News to publish the kind of newspaper our readers, advertisers and this community deserve.”A 2016 graduate of the University of Alabama, Beck, 25, is a native of Douglas, Alabama. Before attending the university, he studied at Snead State Community College in Boaz, Alabama. He graduated from Douglas High School in 2012.
Beck is married to Kelly Whitman Beck, of Douglas. The couple has two children, 1-year-old son Eli and 2-month-old daughter Opal Mae.

Beck replaces Madison Graham, who is returning to The Walton Tribune in Monroe as the director of advertising, her role before leaving the paper for other opportunities last year.“Madison has done a really good job as the publisher here in Covington under really unprecedented circumstances for a first-time publisher,” Graham said. “However, I need her to.come home and help me in Monroe where she excelled in her director of advertising role, and I expect her to excel as she takes those reins on again.”

The Covington News is one of five newspapers Graham owns. Graham also owns The Walton Tribune, The Sand Mountain Reporter, Jackson County Sentinel in Scottsboro, Alabama; and The Times-Journal in Fort Payne, Alabama. 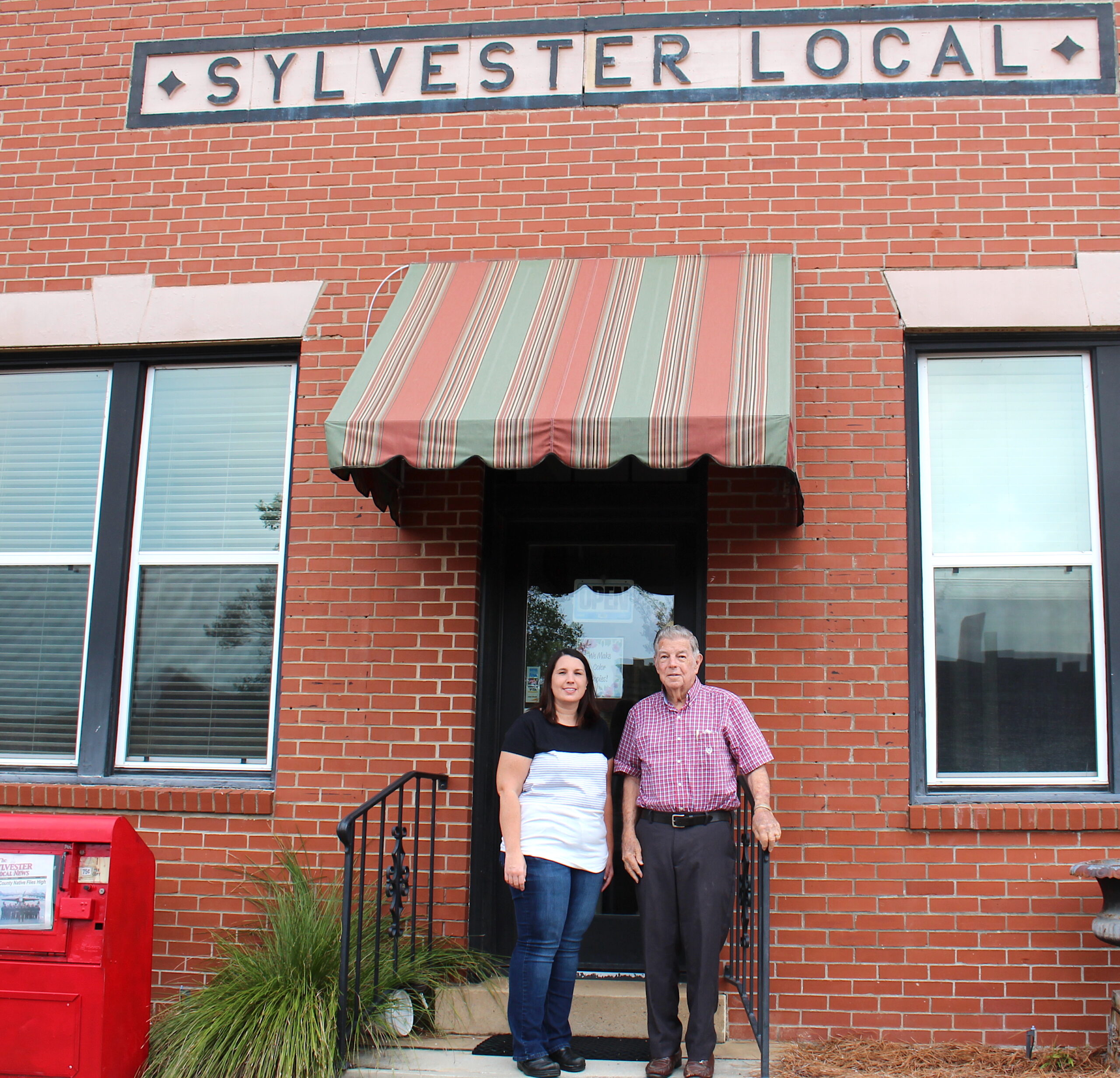 (The following column details the changes John Porter saw over his 70-year career at the Sylvester Local.)

As I sit here at my computer, it was 70 years ago that I first set foot in the Sylvester Local News. I graduated from Sylvester High School the last of May in 1950. I worked at Park Built Body Company for two weeks then I began working here. This was the first time I had ever been inside a newspaper office and I had no idea as to how the business operated.

The Local was owned then by Dick Hollingsworth and Mrs. Marian Sumner was the bookkeeper and society editor. She was the one who sent me a message to come by here and see if I wanted a job. I decided that I would take the job, as the work at Park Built was hard labor. After being here a few days, I decided that I would work for a couple of weeks and look for another job, as the work here was so different from anything I had ever thought it would be.

However, the weeks turned into months and the months turned into years, and I am still here. Today, nothing is the same as it was 70 years ago. When I first started, everything about the newspaper was done with lead. The type was set on a linotype machine. The artwork in ads was done by casting lead on a mat and the photos were done by the engraving method.

The lead had to be heated to 600 degrees and the thought of air conditioning was totally out of the question. We had large draft fans in two windows that helped pull the hot air out of the building. In the beginning, we printed the paper in house on a single-revolution 4-page flatbed press. Later, we purchased a Whitlock Premier two revolution press which did the same thing, only a more modern machine.

Some of the old-timers might remember Wal- lace Kay, who was the linotype operator. Back then Reddie Evans was the pressman and he could beat out a tune as he was “planning” down the forms that went on the press. To print a 16- page paper back then, it took 24 man-hours just feeding the press and the folder.

In 1970 we joined with Fitzgerald, Ocilla, Nashville and Douglas and formed what is called Pineland Press. We build a printing plant in Ocilla and that is where we still print the Local. We started printing the Local in July of 1970 in Ocilla, and to print a 16-page paper it only took 15 minutes after you put the plates on the press. In 1972 we switched over to photo setters and eliminated the linotype machine. That is when I began to start selling ads.

I worked at this position until the paper was sold to Leigh Ford. I continued doing the printing and the selling of ads for a while until she hired others to do the selling work. I continued in a part-time position after she sold the paper to Mr. Ledford in Vidalia and in 2013, I purchased the paper from him.

As the beginning of this year I relinquished control of the paper to my granddaughter, Teresa Hardin, who is now the sole owner of the Sylvester Local News. I am still around to give advice and to help in any way that I can. However, aging has caught up with me and my ability to do much is now limited.